Remember last week when I shared with you that it was my husband's 40th birthday? Poor guy had to share that milestone with Friday the 13th! I still think he had a great day!

My ideas all came together as soon as he went to bed Thursday night! Thankfully he goes to bed early enough when he works the next day. We had lots of surprises for him to show him how much we love him.

#1
The kids and I came up with 40 Reasons to Love him. I was going to make it a printable, but I decided that we would get some posterboard and cut out a 4 and a 0 and hand write all 40 reasons. Hailey and I did this while the boys were at football practice. After he went to bed, I found the perfect place for it so he wouldn't miss it in the morning. (he goes to work at 5 am) 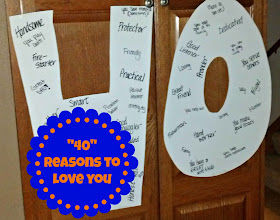 #2
The next surprise waiting for him was something I had to do when he went to bed. It was fun to do--I forgot how much I love sidewalk chalk! The outside garage lights were bright enough for me to see most of the way down the driveway! He saw this when he got into his car. (his police squad is parked outside) It read Happy 4-0 D-Rowe. Most of his friends call him that!

#3
I blew up balloons (again after he went to bed) and filled his squad card. I hid our little gift to him in the back seat. He found the balloons and gift right away and brought everything back into the house. Thankfully, he didn't recruit me to help! He did miss some in the far back of the hatch (he drives a Ford Escape). While he was driving around with the window down, the balloons started dancing in the back. He got a big kick out of that. You may recall the other 40 Blows gift I made for friend. I wanted to do something different, special for him. This is what I came up with: 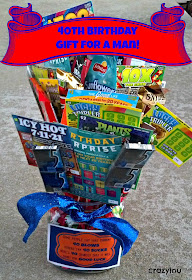 I included $40 worth of scratch off lotto tickets, his favorite snacks, gum and candy bars. What guy wouldn't want that??? It was a BIG HIT! Here's some close-ups: 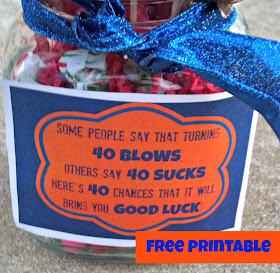 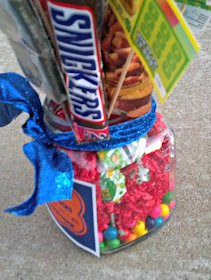 I am even sharing a FREE PRINTABLE for you, should you decide to make this for your favorite guy friend, husband, brother or neighbor! 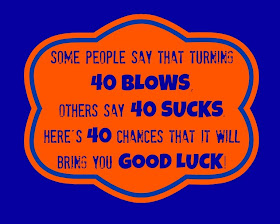 If you like this idea, I'd love for you to share it on Facebook, Google + or Twitter or even Pin it to Pinterest! I'd also love for you to leave me a comment--how have you celebrated the BIG 4-0 for the men in your life?

Thanks for stopping by, 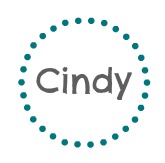